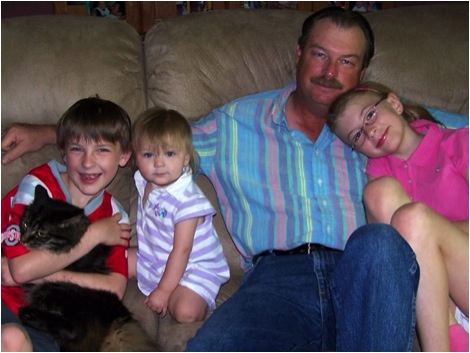 My name is Amy Fletcher and on January 24, 2012, my life was forever changed.  My husband, John Fletcher, was killed and two of his coworkers were seriously injured when a truck drifted into the closed lanes of the construction area where they were working. The truck struck all three men as well as three maintenance vehicles. John’s death and the injuries of his coworkers were even harder to bear when we realized that this crash was entirely preventable. Words cannot describe the pain of losing a loved one because of someone’s negligence and carelessness.

Nearly 4,000 people are killed on average in truck crashes and an additional 80,000 are injured every year. Although truck crash fatalities did decrease between 2005 and 2009, they are on the rise once again, increasing nearly 9 percent in 2010, and 2 percent more in 2011. The increases in truck crash fatalities are particularly troubling because they occurred during a time when overall traffic fatalities dropped in 2010 and then again in 2011, marking the lowest level since 1949.

Unfortunately, projections for 2012 indicate an increase in highway fatality statistics and include over 700 work zone deaths, one of which is my husband John. These statistics, though horrifying in their scope, fail to touch upon the individual grief and sorrow felt by the families, friends, and coworkers of those killed and injured. Every time I hear of another work zone crash, it breaks my heart and I am taken back to the emotions of that awful day and feel again as a victim of these tragedies. Those that are lost in work zone accidents touch me personally because my husband was known as the most safety-conscience person on the Turnpike.

I hope that you will find the information on this page helpful.  Please do not hesitate to call or email the Truck Safety Coalition (TSC) if we can help in any way.  The TSC can be reached at info@trucksafety.org or 703.294.6404.

To add your loved one’s name to the work zone memorial: