Daphne and Steve Izer Remember their Son Jeff and his Friends and the Tragic Truck Crash That Led to Parents Against Tired Truckers – P.A.T.T. 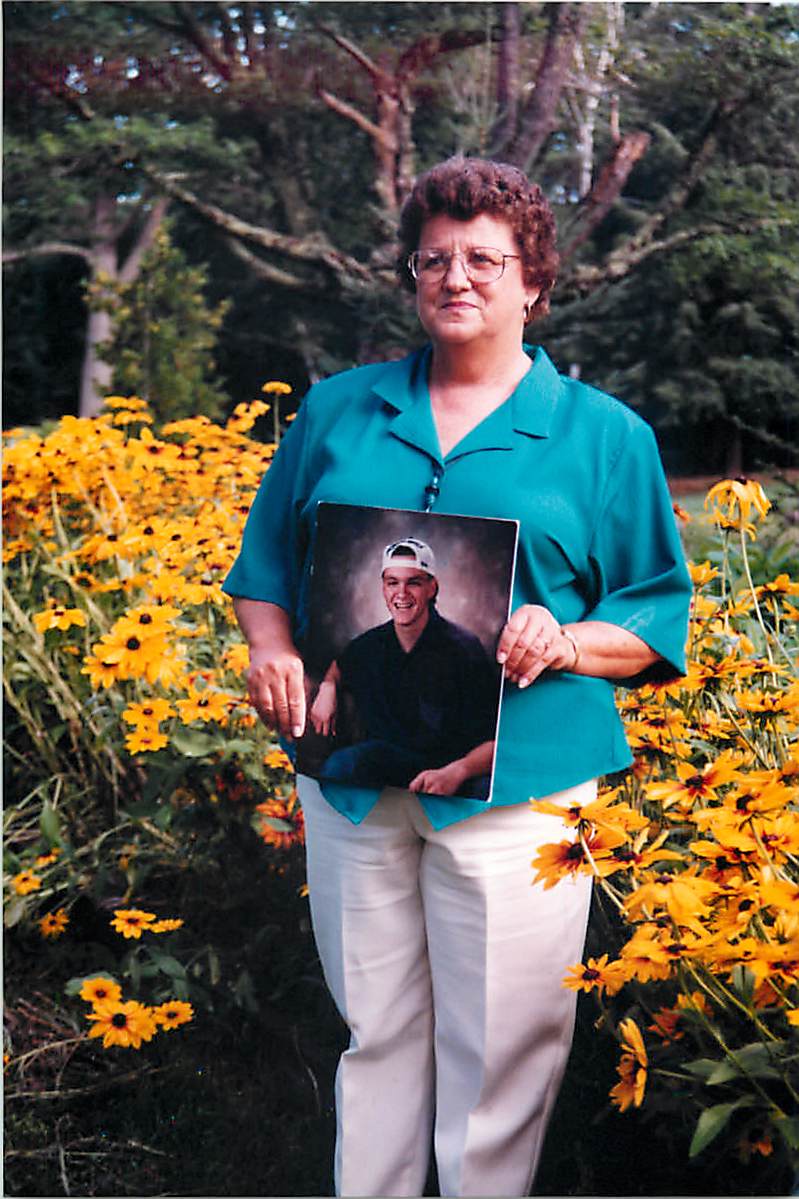 Lisbon, Maine (October 10, 2013): On October 10, 1993, Daphne and Steve Izer received the worst news that a parent could get when a state trooper knocked on their door. A truck driver fell asleep at the wheel of his 80,000 pound rig, killing four innocent teenagers and seriously injuring one more. One of those killed was their son Jeff.  He and four of his friends were on their way to a haunted hayride and had just pulled into the breakdown lane on the Maine Turnpike with the car’s flashers on when a Wal-Mart truck driver fell asleep at the wheel of his big rig and crashed into Jeff and his friends.  As a result of this horrific, preventable crash, four beautiful teenagers: Jeff – age 17, Angie – age 16, Dawn Marie – age 15, and Katie – age 14 were killed.  Linda – age 15, survived but was seriously injured.  Five families suffered incomparable personal loss as a result of a single tired trucker. The Izers were devastated when they learned that truck driver fatigue had been a known truck safety issue for decades and that there were hundreds of thousands just like them — parents, brothers and sisters, grandparents, aunts and uncles, neighbors, co-workers and friends who had lost loved ones in preventable truck crashes. 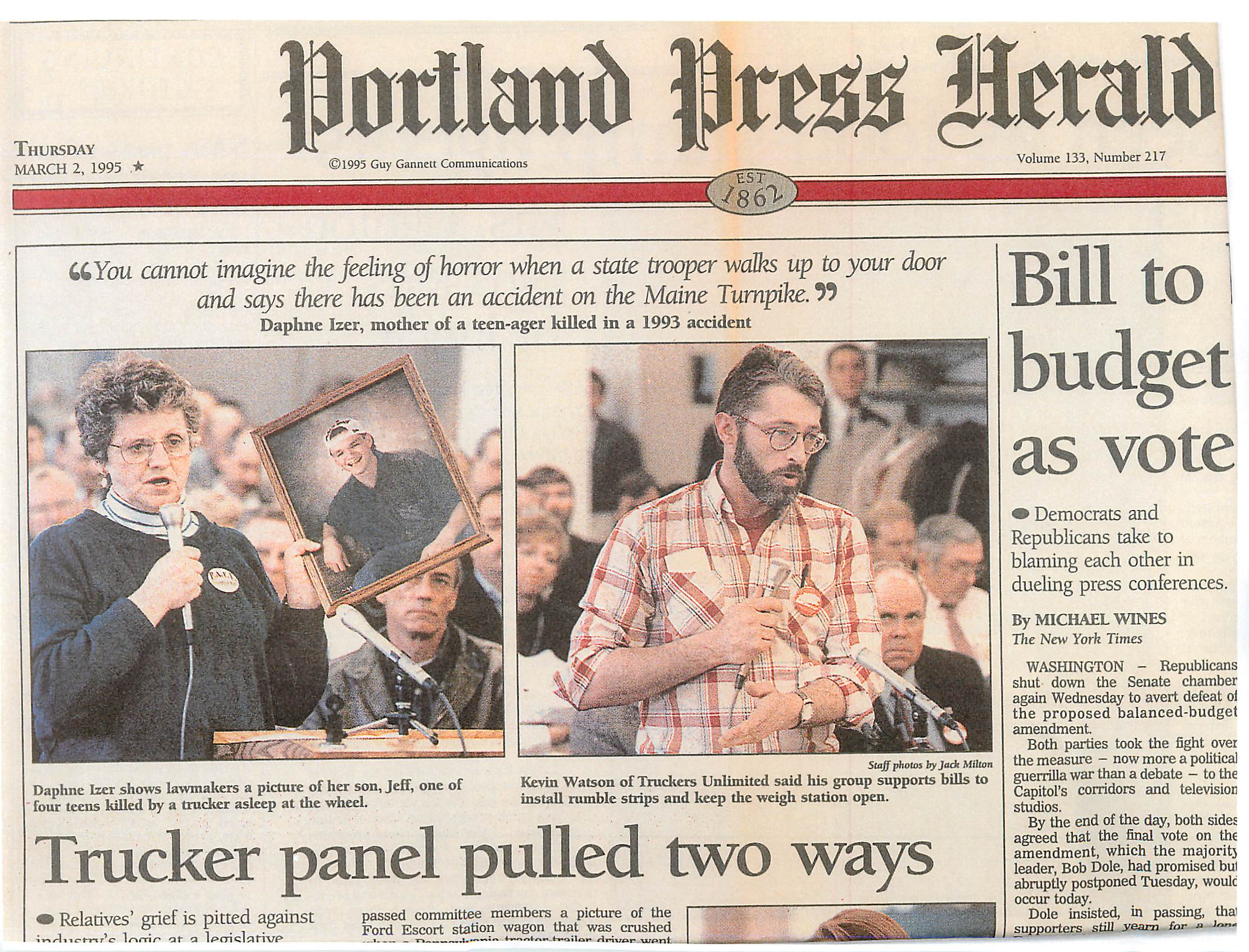 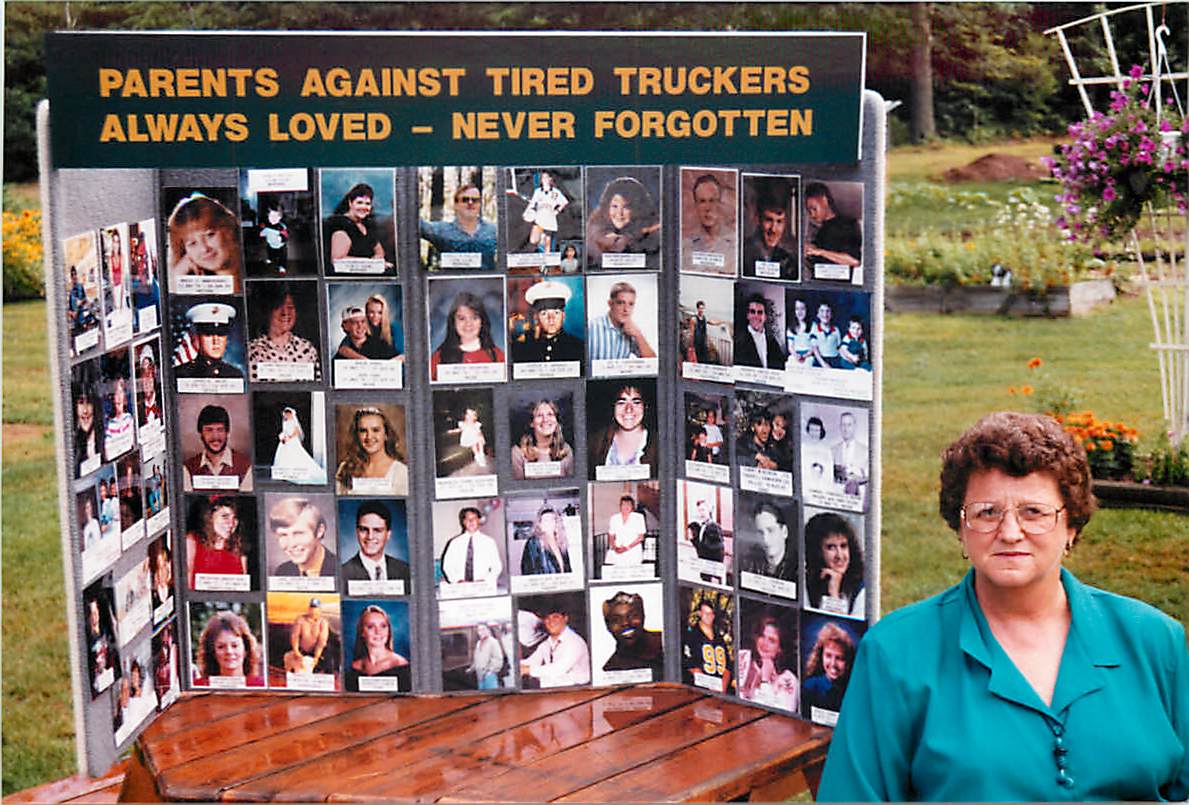 With the help of a family friend, Steve and Daphne formed Parents Against Tired Truckers (P.A.T.T.) in May of 1994, to try to make a difference, to protect other families from what they had gone through, and to support the families who suffered similar losses.  P.A.T.T. has grown from a Maine grassroots group meeting around the Izer’s kitchen table to a nationally recognized organization.

Daphne recalls, “Our first action was to ensure that the Wal-Mart truck driver who killed our son was not merely fined and allowed to continue driving, which was the norm back then. After we raised a tremendous fuss, he was sentenced to only four months in prison. Then and there we knew we had to do more to change industry practices, improve enforcement of the regulations, and increase prosecution of violations.” 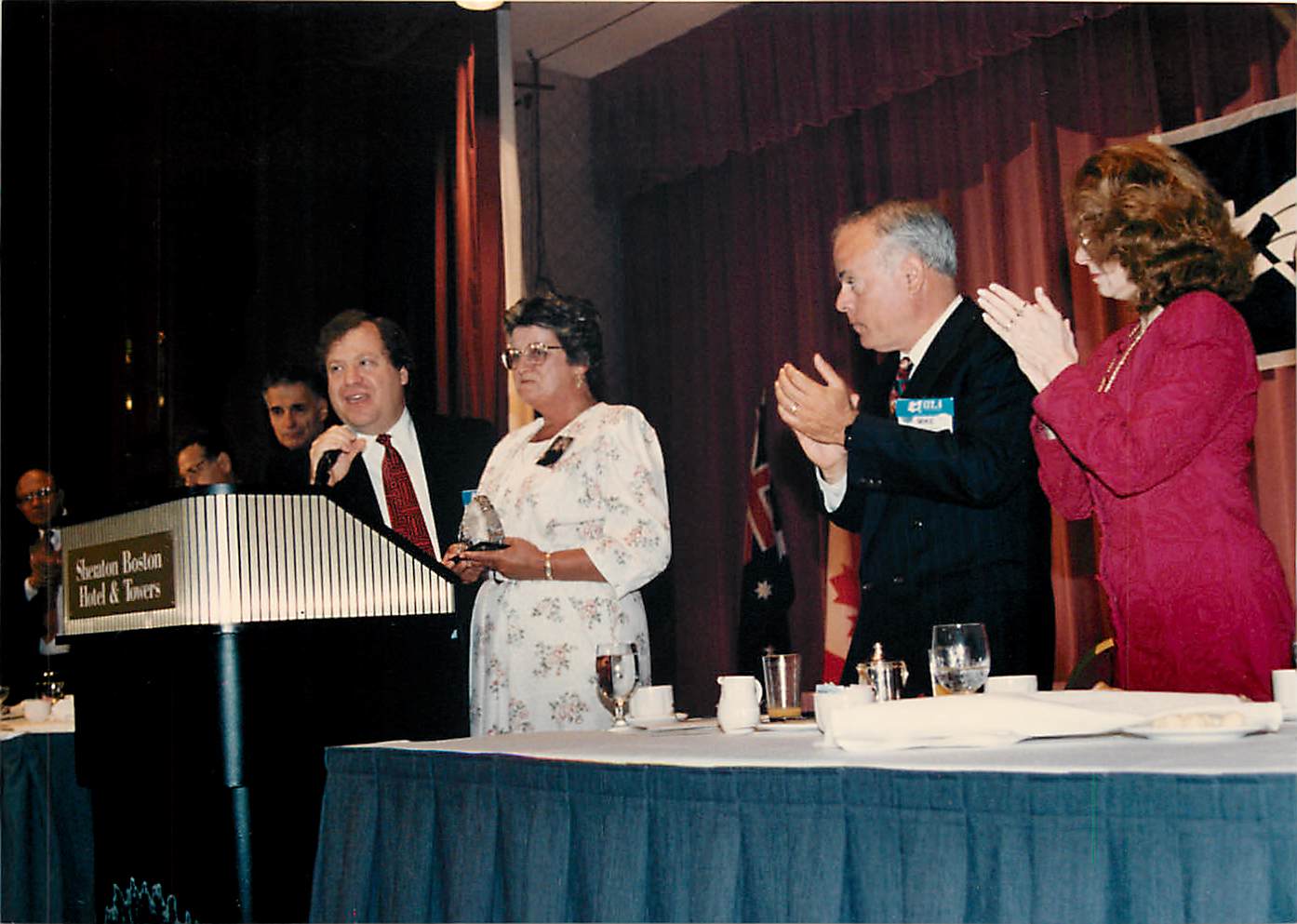 Soon after beginning P.A.T.T., the Izers started getting telephone calls from truck drivers and devastated families telling their stories.  Daphne remembers the early days, “Every call was answered.  Every conversation was part of P.A.T.T.’s education.  We held public meetings throughout the state of Maine, educating people, including law enforcement, prosecutors, drivers at truck stops and civic organizations. We did media interviews, radio talk shows, anything to get the message out.”

“We met other families who had suffered losses from truck crashes as well.  We printed “Stay Alert-Stay Alive” cards and fatigue prevention pamphlets that we all handed out, as well as, T-shirts and bumper stickers saying “Asleep at the Wheel-You Snooze We all Lose.” We raised money with bake sales, spaghetti dinners, and raffles.  We regularly produced a newsletter and I tried to send hand written notes to all victims of truck crashes I knew about on their anniversary date.” 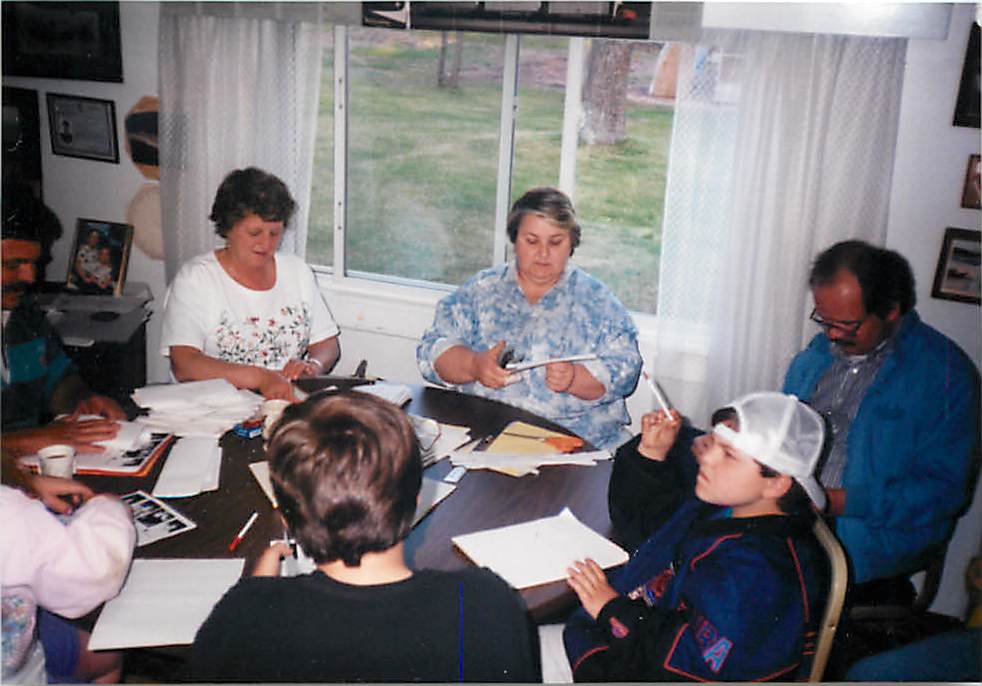 “We quickly realized that we had to learn the legislative process. We worked almost 60 hours a week for years to build P.A.T.T., often exhausting ourselves in the process. We were constantly talking to the press, doing research for reporters, and were widely featured in a major AP story, and a series in the Portland, Maine press.”

Daphne continues, “At some point Steve and I knew that we needed help and that we needed to reach a wider audience and maintain a presence in Washington, DC. In 2002, we combined efforts with Citizens for Reliable and Safe Highways (CRASH) and formed the Truck Safety Coalition (TSC). Together, we are dedicated to reducing the number of preventable deaths and injuries caused by truck-related crashes, providing compassionate support to truck crash survivors and families of truck crash victims, and educating the public, policy-makers and media about truck safety issues.” 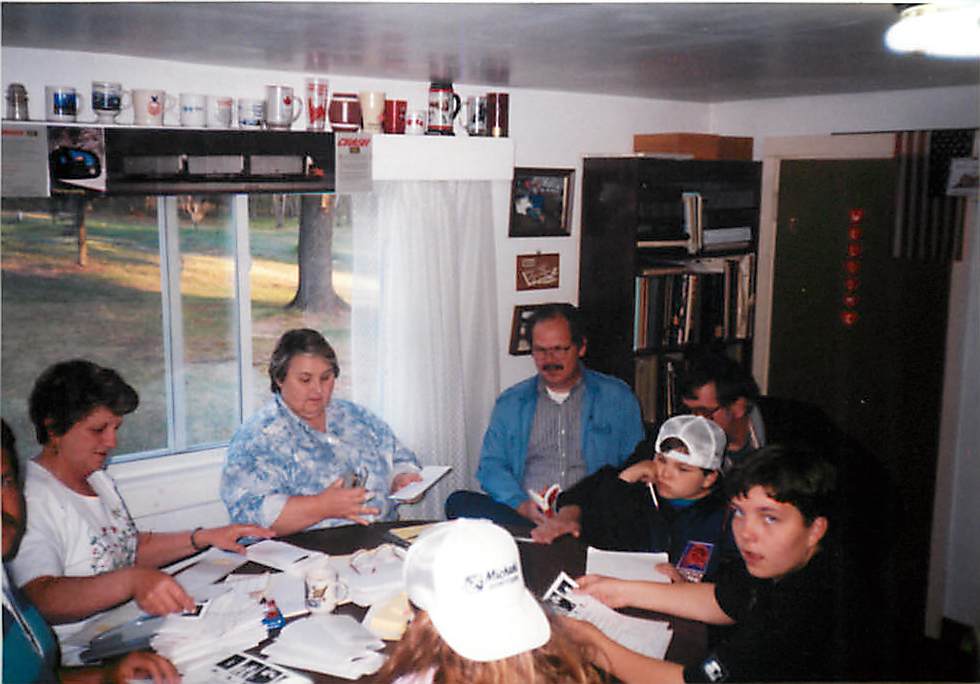 “Steve and I wish that there’d been no reason for us to get involved in truck safety issues or to start P.A.T.T. but we had no choice. We are proud of all the work we’ve done and the organization we helped to build. Most importantly, our efforts have helped keep other families safe, and we’ve kept Jeff’s memory alive and close to our hearts.”

The Izer’s will spend the day privately, with family and friends, sharing memories of Jeff, Angie, Dawn Marie and Katie.