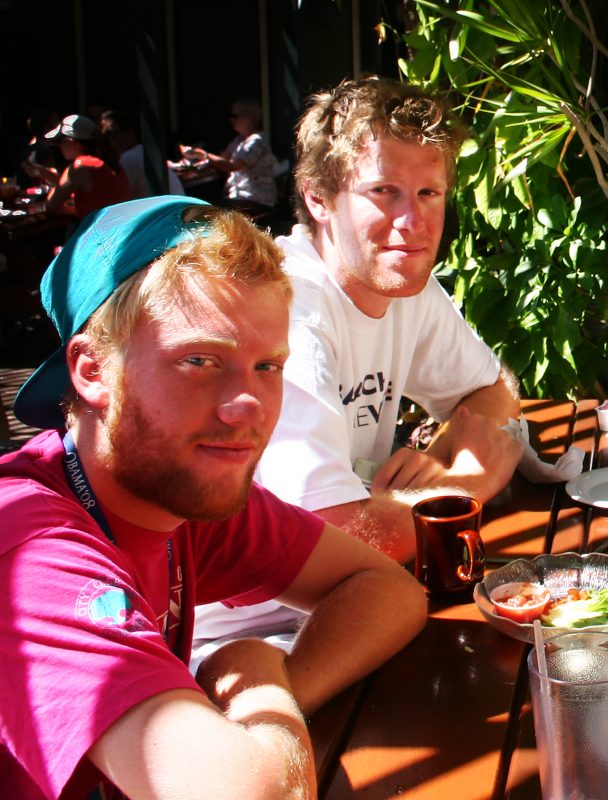 Stone Taylor Weeks, 24, and William Holt Weeks, 20, were driving on Interstate 81 in Virginia and heading home from Houston, TX. They were to visit friends and family and to celebrate Stone’s work at an inaugural publication event in Washington DC. With only an hour left to go, traffic stopped because of a jack‐ knifed tractor trailer ahead. The brothers stopped at the end of the miles‐long line and were then slammed from behind by a 40‐ton tractor trailer rig traveling full‐speed. The severity of the impact shot Stone’s and Holt’s car under the tractor trailer ahead of them. Stone and Holt were killed. Catastrophic fire obliterated their car and both tractor trailers. This carnage and devastation melted and seared the road to the extent it had to be remilled and repaved.

The striking truck with refrigerated trailer was hauling fruit cross‐country from California to Maryland and the two men inside were able to escape. The man who claimed to be driving said he did not remember anything. The other claimed to be asleep. No blood alcohol tests were ever done. There had been warning signage overhead signaling traffic was stopped ahead. The crash occurred on a straight away with clear visibility. Stone’s and Holt’s parents learned that the drivers responsible were a 21-year-old on his first professional cross‐country trip — who had just obtained a CDL on his third try after 2 failed attempts — and a 24-year-old owner‐operator whose license was suspended on a DUI conviction.

At the time of the crash, Stone and Holt were researchers at Rice University’s Baker Institute for Public Policy. Stone was historian Douglas Brinkley’s researcher and assistant. Holt was a Rice history student and summer research intern for other professors. They were both talented students and athletes who were enthusiastically generous volunteers with their time and talents. They were their parents’ only children and best friends. The Stone and Holt Weeks Foundation was founded by their heartbroken parents, Linton and Jan Taylor Weeks, to honor their amazing sons.

The Stone and Holt Weeks Foundation 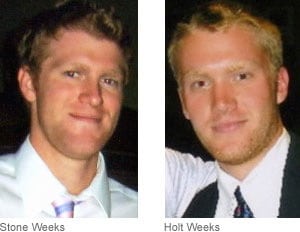