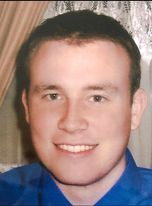 On July 5, 2010, Paul was on his way to work on Rte. 33 in Hamilton Township, Pennsylvania, when a southbound tractor-trailer crossed the center grass divider and traveled head-on into Paul’s car and a northbound van. Paul died from injuries suffered from the truck crash, he was 21 years old. Twelve people traveling in the van were also injured, three of them had to be life-flighted to the hospital. The truck driver was distracted at the time of the crash. Paul’s mother has worked tirelessly to combat distracted driving and is approaching victory in getting “Paul’s Law” (HB37) passed in Pennsylvania. The bill will prohibit drivers from touching or supporting their phones with any part of their body while driving.