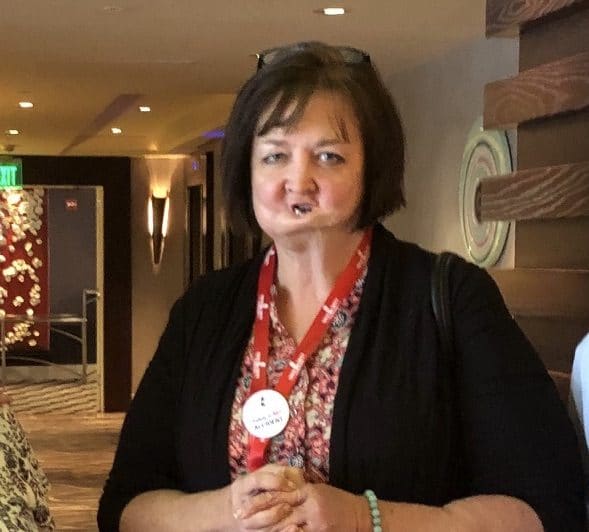 On December 19, 1989, in Bloomington, Minnesota, Nancy became another of the tens of thousands of victims of inadequate rear underride protection on trucks and trailers. On her way home after work, Nancy encountered a semi-trailer stopped in the lane of traffic ahead of her without its emergency flashers illuminated. Although she applied her brakes attempting to stop, she could not quite stop in time and skidded into the rear of the trailer. When Nancy’s car struck the rear of the trailer, the underride guard – which was supposed to keep her from smashing underneath – failed, buckled under and allowed her car to skid directly under the rear of the trailer so far that the bed of the trailer crashed through the driver’s compartment. As a result, most of Nancy’s lower jaw and portions of her tongue were amputated. She was within inches of being decapitated. To date, Nancy has undergone over 40 surgeries, and anticipates that to maintain her progress she will need additional surgeries. Nancy has participated in many interviews about rear underride guard inadequacy, including nationally featured reports on Good Morning America and World News Tonight.