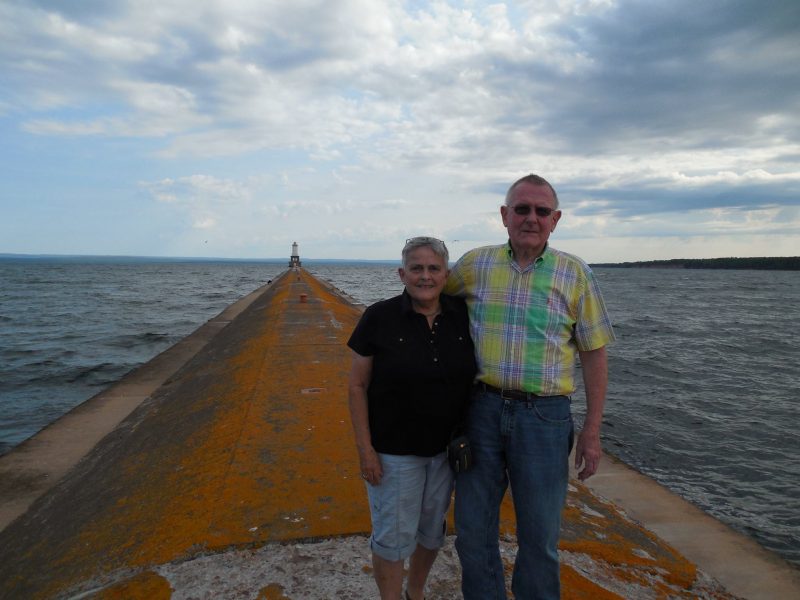 Ken and Audrey Swartzendruber were on their way back to their home in Traverse City, MI, traveling along US Highway 2 in the Upper Peninsula when they slowed down for an accident ahead of them. An asphalt tanker truck did not notice the stopped traffic and rear-ended their Ford Taurus at roughty 60 mph. They were killed instantly. They had spent the weekend in the Keweenaw Peninsula with their daughter, helping out with an American Cancer Society, Relay For Life event. The driver was 69 years old and had been working for almost 11 hours at the time of the crash, despite being several hours from his home base. There is no doubt that had his truck been equipped with an Automatic Emergency Braking System, Ken and Audrey would have been able to meet their first grandchild. Ken was in sales and drove millions of miles over the years. He always reminded his daughter to keep a “safe following distance” between both the car in front of you AND the car behind you. If someone was following too close he would pull over and let them go ahead. He always advised to be particularly cautious of semi trucks because he knew they couldn’t stop quickly. Their family is committed to increasing truck safety in Ken and Audrey’s memory.