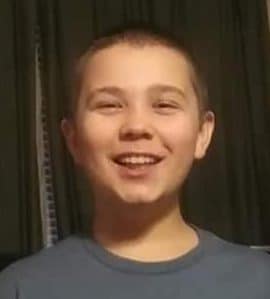 On January 3, 2019, Joel was headed to Disney World with a church group. A semi driving the opposite direction was involved in a collision with another vehicle. Both vehicles crossed the median and struck Joel’s church van and another semi. Joel was killed along with four other children. He was 14 years old. Joel was a wonderful son and brother. Gone too soon, never to be forgotten.