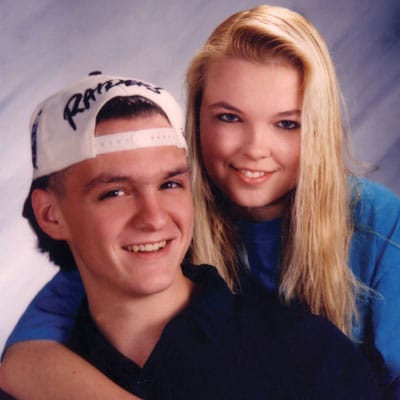 On October 10, 1993, Jeff Izer and Angie Dubuc were killed by a fatigued Wal-Mart truck driver. They were with a group of friends, on their way to a haunted hay ride. They had pulled into the breakdown lane on the Maine turnpike, when the truck driver fell asleep and ran over the top of their car. As a result of this horrific but preventable crash, four teenagers were killed and one was seriously injured.