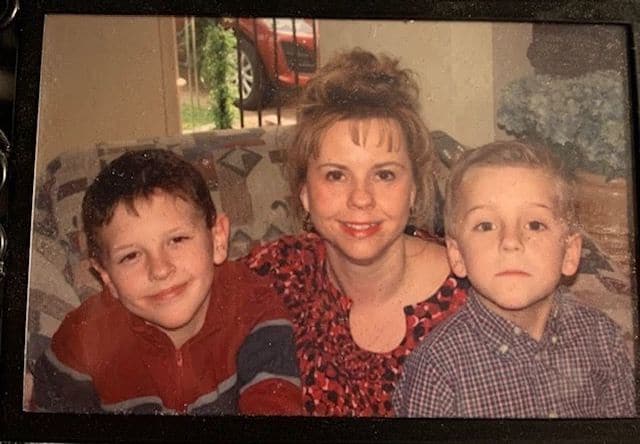 On August 12, 2013, Eileen and her two sons, Brandon (12) and Bryan (7) were headed home from a vacation at the beach in Ocean City, Maryland. They were almost home when, in Smyrna, Delaware, they experienced a traffic back-up and the cars were at a complete stop. The Kosc’s car, while almost fully stopped, was hit by an inattentive box truck driver going approximately 65 mph at 10 pm that night. Part of the truck came through the back window striking Bryan in the head and he experienced severe head trauma. The truck continued on and hit four other vehicles before finally coming to a stop. Eileen and Brandon were all taken to the hospital with injuries, but Bryan did not survive. If that box truck had been equipped with AEB, Bryan would likely still be here today.
“Bryan, even though so young, was wise beyond his years. He was a kind soul who befriended his shy classmates in school and lit up a room with his smiles and humor. He loved to sing and dance, and that is something I forever hold dear in my heart and miss while driving in my car.”
-Eileen