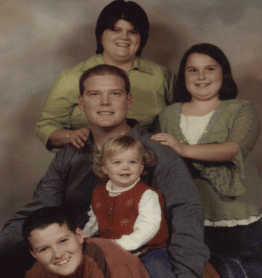 On October 1, 2009, Vickie and Curt Johnson were on the way to the beach with their daughter Abbey and Vickie’s stepchildren Crystal and Cody for a long overdue vacation. As they headed across a bridge near Florence, SC, they noticed a stalled dump truck in the right lane. The dump truck had his flashers on and the Johnson family found themselves stuck behind the dump truck and unable to get into the left lane because of traffic. As the family waited for an opportunity to move around the dump truck, Curt looked in his rear view mirror, and shouted, “y’all brace yourselves here comes something big and fast”. Those turned out to be his last words. When Vickie came to, the car was filled with smoke, and Crystal and Curt were dead. Vickie, Abbey and Cody survived the crash with serious injuries. The Johnson family later found out that the truck driver’s cell phone records indicated he had been using his cell phone around the time of the crash.