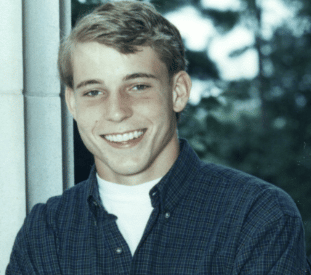 Steve and Susan’s son Cullum Owings was killed by a tractor-trailer on December 1, 2002, in Rockbridge County, Virginia. Cullum and his younger brother Pierce were on their way back to Washington and Lee University after spending Thanksgiving at home with their family. They were stopped in traffic when a speeding tractor-trailer using cruise control came up behind them moving too fast to stop. Cullum tried to swerve his car into the median, but the truck barreled into the driver’s side of the vehicle, pinning Cullum and Pierce’s car against an embankment in the median. Pierce, survived with minor injuries. Cullum died at the scene.