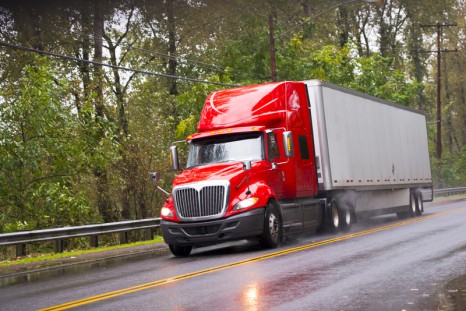 The final public listening session in Los Angeles, Calif, on the proposed guidelines for obstructive sleep apnea focused on the benefits for the commercial transportation industry as well as the impact on employee healthcare costs.

The Federal Motor Carrier Safety Administration (FMCSA) and the Federal Railroad Administration (FRA) held the final of three public listening sessions in Los Angeles, Calif, on May 25, 2016 at the Westin Bonaventure Hotel and Suites. According to the FMCSA, the listening sessions were intended to solicit information from the public on the prevalence of moderate-to-severe obstructive sleep apnea (OSA) among individuals occupying safety sensitive positions in highway and rail transportation, its potential consequences for safety, and the potential costs and benefits of possible regulatory actions. The listening session in Los Angeles provided interested parties the opportunity to share their views on this topic along with any relevant studies and data.

A Voice for the Public

The Los Angeles session included a panel of members from both the FMCSA and FRA to represent each organization and interact with attendees. The panel included: Mark A. Patterson, executive officer for safety operations for the FRA; Shannon L. Watson, senior advisor, policy and program development, FMCSA; Matthew L. Navarrete, trial attorney for the FRA; Larry W. Minor, associate administrator, office of policy, for the FMCSA; BJ Arseneau, DO, chief medical officer for the FRA; and Gina Pervall, MD, chairman of the medical review board for the FMCSA.

Only a few members of the public attended the Los Angeles session in person. Three attendees total made public comments (two commented in the morning session, and one commented during the afternoon session). The event was live broadcast online, and the public could also comment online during the event. Both the morning and afternoon sessions ended early because all attendees who wished to publicly comment were finished speaking.

The first of the three attendees who addressed the panel was Kevin Walgenbach, vice president of compliance & regulatory affairs for the National Ready Mixed Concrete Association (NRMCA). Walgenbach, who says the NRMCA represents more than 2,000 companies and 125,000 employees, said he believes the current regulatory framework is sufficient and he is opposed to a one-size-fits-all approach to OSA testing and screening because of the drivers’ unique needs. Walgenbach also said the proposed rules may impact the ability to recruit new drivers. Also, in his estimation, the 2012 enforced recommendations caused a number of issues in the commercial trucking industry, such as unnecessary costs and false diagnoses, and he supports a comprehensive pilot study before the rules are finalized.

“The National Ready Mixed Concrete Association at this time is opposed to any new regulation mandating sleep apnea screenings. The current regulatory framework already exists to address sleep disorders among commercial motor vehicle drivers. A more pointed examination of certified medical examiners and their practices related sleep disorder determinations for drivers may yield better results aimed at increased safety on our nation’s roads,” said Walgenbach. “With this fishing expedition on sleep apnea it is clear that the agencies have not taken seriously concerns relating to limited medical coverage for sleep apnea or currently unemployed drivers looking to enter the workforce.” Walgenbach said until these issues are examined, any new rulemaking, in addition to the current regulatory framework, would be improper.

Tami Friedrich Trakh, a board member for Citizens for Reliable and Safe Highways and a member of the FMCSA Motor Carrier Safety Advisory Committee, was the second speaker in the morning session and is a proponent of the suggested guidelines. In a statement to the panel, Trakh said she is surprised that there is strong resistance to OSA screening and treatment in the commercial transportation industry, adding that fatigue has been recognized as a major safety issue for more than 70 years. Trakh said OSA does have an effect on traffic accidents and ardently said that more must be done to prevent fatigued driving.

According to Trakh, a 2006 FMCSA study revealed that 65% of truck drives reported they often or sometimes felt drowsy while driving and nearly half admitted to falling asleep behind the while driving in the previous year. “Nearly 20 million Americans are affected by sleep apnea, but truck drivers are at a much greater risk for this health problem (some studies estimate that up to 50% of truck drivers are at risk compared to 5% of the general population.) There are solutions that are available, like a continuous positive airway pressure (CPAP) machine, but they are of no use if the drivers are not using them,” Trakh said. “According to results from one study of sleep apnea, truck drivers who fail adhere to treatment for obstructive sleep apnea are five times more likely to get involved in a crash than a truck driver who is on treatment. These staggering statistics should give pause to those denying that this sleep disorder has an effect on crashes.”

Trakh said she looks forward to seeing a final rule that would require commercial motor vehicle drivers to be screened, tested, and treated for OSA.

In the afternoon session of the Los Angeles meeting, Dana Voien, president and CEO of SleepSafe Drivers, a provider of programs for sleep apnea and fatigue management to fleets and high-risk occupations, addressed the panel as a proponent of the proposed guidelines. Voien said the screening and treatment of OSA has benefits for the commercial transportation industry and having a uniform rule will help fleets as well as individuals drivers. Voien highlighted the importance of showing drivers in this industry that the proposed rules for screening and treatment will be a benefit and not an imposition, and studies have shown that the guidelines can protect drivers’ health and keep them on the job.

“We believe that a rule for sleep apnea will lead to dramatic reductions in both rail and truck related accidents, fatalities, and total expenses nationwide, helping those workers to lead longer and healthier lives and careers,” said Voien. “There have been numerous large and statistically significant studies done with truckers and rail workers specifically, all of which show a direct link between untreated sleep apnea and increased risk of crash (2.5 to 5x), plus a doubling of hospital costs, a doubled risk for heart attacks, a five-fold increase in strokes, a 70% increase in sick days and Workers Comp claims, and a 90% increased risk of forced early retirement due to health issues.”

Safety and Support for Drivers

According to Voien, testing and treatment done through Fatigue Management Programs (FMP) tailored for trucking and rail workers are documented to help drivers get tested and treated in 1 to 3 days, reduce accident rates, and deliver 96% to 98% treatment success. Voien said testing and treating through a comprehensive FMP should include a variety of components, including education, both in-lab polysomnography and home sleep tests as available options, and ongoing PAP compliance monitoring and support. “Drivers and rail workers must be assured they will be supported throughout the process, and over time through the FMP program. Bottom line, ‘We care about your health and safety,’” said Voien.

“Based on 20 years of leadership in transportation, I feel that publishing a regulation (using the same language from the last FMCSA rule publication) on sleep apnea is a positive and critically needed action,” Steven Garrish, MBA, CDS, senior vice president of business development/new ventures for SleepSafe Drivers, later said in response to a Sleep Review follow-up e-mail. “Much like the value that has been brought to the industry from required physicals, drug and alcohol screening and other vital measures; having a clear and thoughtful regulation on sleep apnea testing and treatment (as part of a comprehensive FMP) is the next logical step for improving safety and a higher quality of life for those who work so hard to support and protect our nation’s supply chain.”

Also via e-mail, D. Alan Lankford, PhD, FAASM, chief science officer at SleepSafe Drivers, said, “FMCSA/FRA are seeking input on how to craft the most effective and efficient regulation to address the potential safety risks associated with OSA. For this regulation to be successful, the potential impact to the industry must be acknowledged. In all cases, the goal should be protecting public safety and enhancing the industry professionals’ safety and well-being while keeping the freight/cargo moving.” (emphasis Lankford’s)

Though the in-person listening sessions are now over, the public still has until June 8 to comment on the proposed regulation online.