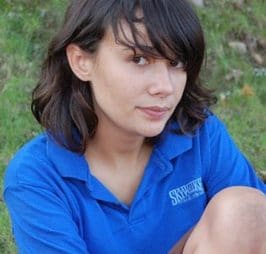 On September 15, 2009, Sylvia was riding her bike to work when she was struck by a box truck and killed. The driver left the scene but a witness identified him to the police. He was eventually convicted of aggravated vehicular homicide.

Sylvia was a graduate of Yale and had recently begun work as an AmeriCorp volunteer at the time of her death. Sylvia dedicated her life to social justice. From environmental justice to issues related to economic inequality, Sylvia found every opportunity to make a positive impact.

Sylvia was intelligent and passionate. She was a dedicated friend and a talented cook. In 22 short years, Sylvia’s impact on her various communities and the world at large was profound.