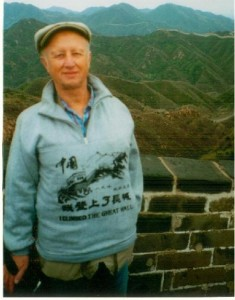 Bill Badger, was killed on December 23, 2004, just over the Georgia state border, by a tired trucker who fell asleep at the wheel and crashed into his car. At the time of the crash, Bill was on his way to the airport to fly to New Jersey and join his four children for Christmas.  It had been a difficult year for Bill and the Badger family as they had lost Bill’s wife in July. The truck driver, who fell asleep and smashed into Bill’s car, stated that he had been driving all night in order to get to Atlanta by 7:00 a.m. so that he could be assigned to another truck which was headed to Florida. The driver had been enticed to make the overnight drive on time in order to spend Christmas at home in Florida with his family. The Badger family spent their Christmas wondering what was wrong in a world in which this sort of thing happened.